BY Carter Boyle and Kory Sandven
Growth in e-commerce has pushed parcel delivery companies to consider the potential of using alternate fuels to power fleet vehicles. The U.S. Postal Service (USPS) is making plans to replace more than half of its 160,000 aging vehicles with alternately fueled vehicles by 2026. Should the USPS choose an electric vehicle design, the impact on the power industry will be substantial.

Much of the U.S. Postal Service’s (USPS) delivery fleet has now exceeded its design life; two-thirds of its 215,000 vehicles are now more than 25 years old. Approximately three in four are Long Life Vehicles (LLVs) designed for short-distance delivery routes commonly seen in urban areas. But breakdown rates for LLVs and other aging vehicles is on the rise.

Over the next decade, USPS intends to replace at least 160,000 of these vehicles in a fleet modernization program designed to support increases in e-commerce and environmental sustainability. In the initial adoption phase, USPS has proposed rolling out 12,000 Next Generation Delivery Vehicles (NGDVs) annually for seven years, totaling 84,000 vehicles.

Much of the U.S. Postal Service’s (USPS) delivery fleet has now exceeded its design life; two-thirds of its 215,000 vehicles are now more than 25 years old. Approximately three in four are Long Life Vehicles (LLVs) designed for short-distance delivery routes commonly seen in urban areas. But breakdown rates for LLVs and other aging vehicles is on the rise.

Over the next decade, USPS intends to replace at least 160,000 of these vehicles in a fleet modernization program designed to support increases in e-commerce and environmental sustainability. In the initial adoption phase, USPS has proposed rolling out 12,000 Next Generation Delivery Vehicles (NGDVs) annually for seven years, totaling 84,000 vehicles.

Specifications for the NGDV prototype described in the 2015 USPS Request for Proposal (RFP) called for vehicles with an 18- to 20-year expected design life; 330 to 440 feet of cargo space; the ability to carry up to a 1,500-pound payload; and a minimum 70-mile range over eight hours. Five companies were chosen to develop prototype vehicles, which were distributed to Arizona, Virginia and Michigan for testing in a variety of weather conditions. Among them was the Workhorse W-15 electric truck, a plug-in hybrid electric vehicle (EV). With testing now complete, interested parties await the USPS selection of a winning design.

Special research was conducted to assess the potential impact that an electrified USPS fleet could have on the U.S. power industry in general and, in particular, the Southeastern U.S., over the program’s initial seven-year rollout period. Assumptions were made as part of research calculations to estimate future impacts.

Because the prototype designs submitted to USPS are currently confidential, this analysis uses publicly available information about the Workhorse W-15 to estimate use and charging and battery capacity for the USPS prototype. These design assumptions may not precisely reflect the final vehicle characteristics; however, they serve as good estimate for evaluating system impacts. The Workhorse W-15 has a 60- kWh battery that can be fully charged in about eight hours using a Level 2 charger, allowing approximately 80 miles per charge. This vehicle has an energy efficiency of 0.75 kWh/mile.

When charged daily, NGDVs are expected to maintain at least 80% capacity for about 5,500 cycles, which equates to a 15-year operational life with an annual degradation rate of 0.75%. Additional USPS assumptions for an electrified fleet are summarized in Figure 1.

Battery degradation is influenced by many factors, including operating temperature, battery cycling frequency and charging speed. A lithium-ion battery, for example, can perform between 300 and 500 full discharge cycles. Assuming that a typical LLV travels 70 miles per charge, an EV that replaces it may not experience a full discharge over that distance. When a lithium-ion battery is not discharged to a depth of discharge of 100%, the battery can potentially perform more cycles, thus increasing its life.

Charging duration varies according to the type of charging station used. For example, a Level 2 charger requires approximately eight hours to charge 60 kWh, while a DC fast charge (DCFC) takes only about 72 minutes. Because charge capacity declines over a battery’s life, batteries store less energy as they age, reducing charging time.

Under the original plan described in its 2015 RFP, USPS intended to roll out its new fleet to its roughly 20,000 locations over a seven-year period, beginning in 2020. Given the delays in naming its chosen design and, now, the COVID-19 pandemic, it is safe to assume that the timeline will be extended beyond the original completion date of 2026. Figure 2 illustrates the annual implementation and energy impacts of USPS fleet electrification over a seven-year implementation plan.

Figure 2: Summary of planned USPS EV fleet growth and its estimated impact on annual load at a national level.

As more EVs are introduced each year, energy demand and load at each postal station will increase. Assuming a 60-kWh battery size and a required distance of 80 miles, the proposed EVs are estimated to consume 26.25 kWh daily, or 9,600 kWh annually per vehicle. When all 84,000 EVs are on the road, USPS’ national fleet of 84,000 EVs will consume roughly 804 GWh yearly by Year 7.

Because the average daily distance traveled per vehicle is approximately 35 miles with batteries capable of going 80 miles, degradation may not impact the daily operation or energy consumption for the first 10 years of operation.

The average charge rate of each NGDV is likely to remain constant throughout its life. Peak demand, therefore, is related to the number of EVs in use. USPS will likely use Level 2 chargers to minimize charging station installation costs, at least initially. It will also likely have minimal obligation to charge its EVs in a manner that benefits the local electricity distribution system. It is possible, therefore, that USPS may install DCFC chargers to allow more EVs to be charged during closed business hours, between shifts or during lunch breaks.

Figure 3 illustrates the peak demand difference between the Level 2 and DCFC chargers using the rollout schedule illustrated in Figure 2. As Level 2 chargers are converted to DCFC, annual peak demand experiences substantial growth. This growth can occur at any time and is primarily related to the number of DCFC chargers implemented rather than the number of EVs purchased in a given year.

Depending on USPS’ charging approach, the national adoption of EVs will have a potential impact of between 20 MW and 4.2 GW by Year 7. Regardless of charging strategy, energy consumption can be expected to grow to 805 GWh by Year 7, with an annual growth increase of 115 GWh per year.

Approximately 20.6% of USPS national employment is concentrated in eight Southeastern states: Alabama, Florida, Georgia, Mississippi, North Carolina, South Carolina, Tennessee and Virginia. Based on its ratio of USPS employees, the Southeast can be estimated to receive approximately 2,473 vehicles a year over the seven-year rollout, resulting in an annual energy consumption increase of approximately 23,700 MWh over the same period, as shown in Figure 4.

Figure 4: Summary of planned USPS EV fleet growth and its estimated impact on annual load for the Southeast.

Approximately 166 GWh of energy will be required annually by Year 7 to fuel the new high-tech fleet. Due to the dispersed nature and logistics of the postal distribution system, this load will be highly delocalized and consistent, which could prove challenging for existing distribution infrastructure. For instance, the Northridge post office in Atlanta employs approximately 80 workers and has an approximately 40 vehicles. If converted to EV, the fleet may experience an annual energy load of 383 MWh and a peak demand ranging from 300 kW to 2 MW, depending on charger and charging methods.

As with the evaluation of the national rollout, peak demand in the Southeast will depend on the charging approach. Depending on the chargers used, the Southeast may potentially see demand fluctuation range from 0 to 866 MW after seven years, as shown in Figure 5. Local electricity charges and on-peak/off-peak periods may be a key factor in determining the magnitude of the impact of EVs. The increased charging peak may correlate with the annual degradation of the electric LLVs. As the EVs age, they will require more frequent charging to meet the same annual energy demand, which increases the possibility of stacked charging periods.

Initially, fleet management will not be complex, and the charging infrastructure will likely be comprised of Level 2 chargers. As more vehicles are added to the fleet and battery life degrades, however, more DCFC chargers will likely be added. As DCFC chargers are incorporated, the electric infrastructure will see an instantaneous impact, as illustrated in Figure 6. If USPS were to charge all electric NGDVs using DCFC chargers by Year 7, the Southeast may see an average charging period demand as high as 31 MW across the region.

The impact the electrification of the USPS fleet will have on the power industry over the first seven years is significant. As we have shown, depending on charging approach, the effort could put a significant strain on the grid, both locally and nationally, unless the power industry prepares.

In urban areas, where the majority of the USPS fleet is located, charging locations may reside in highly congested areas. Infrastructure upgrades may be necessary, depending on how USPS allocates new fleet vehicles and whether it chooses Level 2 or DCFC chargers. Either way, infrastructure design and planning should be assessed based on the potential use of fast chargers to reduce the cost and installation risks of duplicate upgrade efforts.

The impacts of an electrified USPS fleet, however, represent just the tip of the iceberg. Many more parcel delivery companies are also evaluating electrifying their fleet vehicles. UPS, for example, is currently evaluating the use of a Workhorse W-15 as an alternative for its existing 6,000-vehicle fleet. Food and beverage distributors, public transportation agencies and school bus companies are among the many industries that are also seeking to move to EVs over the next decade. In some cases, it is already happening.

To properly handle the increased load and still provide reliable, sustainable power to the public, the electric power industry must be ready.

Utilities have several options that can be used in conjunction with one another to help them prepare. Understanding customers is imperative. EV load forecasting must be taken into account and charging behaviors must be investigated. By identifying when and where these new volatile loads will affect systems, utilities can update design and procurement standards to effectively mitigate deleterious effects. However, it is difficult to plan when the current state is unknown. To ascertain current EV penetration, it is essential to implement a set-and-forget EV registration system that incentivizes customers. 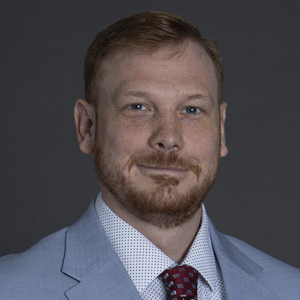